A selfless caregiver and my role-model

A selfless caregiver and my role-model

As the Chinese proverb goes, “家有一老，如有一宝”, meaning, it's like having a treasure when you have an elderly at home.

Learning and acquiring wisdom do not only happen in school.  Compassion, resilience, selflessness are learnt from examples and role models.  If we take time to observe the people around us, the elderly among us can teach us many things in life where the structures of a school setting will not teach.

Five students from the School of Business, Temasek Polytechnic, came together to share about connecting with their "treasure".

This is part 2 of 5 on what these teenagers learnt from their grandparents.

It happened in 2009. My grandfather, atok, was 57 years old when he had a stroke. It was sudden and unforeseen that it took everybody by surprise. Since then, he has restricted physical abilities as has little control over his movements. Atok needed assistance to do simple tasks such as walking, standing and going to the washroom.

After the incident, there were many things that we were not able to do together anymore.  Atok used to cook for me, pick me up from school every day and bring me out on the weekends with my grandmother, nenek. These are a part of my favourite childhood memories.

Atok has been living with this condition for 12 years now. Thankfully, nenek is around to help and go through this journey with him. She is his pillar of support. Throughout the 12 years, I have learnt many lessons and values from nenek by observing the way she cares for atok.

Values my grandmother imparted to me

1. She taught me responsibility. Nenek took up the huge responsibility of financially supporting themselves, as atok was unable to work anymore since the stroke. She is still working at 66 years old, past the retirement age, but believes that she has to be independent. Her strength and resilience to continue working amazes me.

2. Nenek taught me patience. Being a elderly stroke caregiver, she goes through many ups and downs daily. We were told by the doctors that stroke patients tend to have mood swings and might have difficulties controlling their temper. There were instances where atok would be angry over small matters such as when the television was a bit too loud or when he was unable to eat fried chicken as it's an unhealthy food. There were also times where he got upset over nothing at all. However, nenek has always been patient and understanding of his behaviours. She has never acted in a way that would hurt atok's feelings. Instead, she would just let him vent it all out to make him feel better.

3. She has taught me selflessness. Nenek has always been someone who puts others' needs before her own. Whenever atok has a craving for any food, she would surely venture out to get it for him. She loves seeing atok happily eating his favourite Mee Rebus and Sliced Fish Soup. She also brings him out for his monthly check-up on her own. Nenek works tirelessly to ensure that atok is comfortable.

I grew up learning important values through nenek's actions.  She has played a vital role in shaping me the person I want to be...just like her. 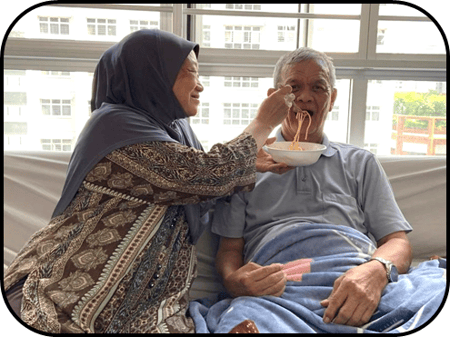 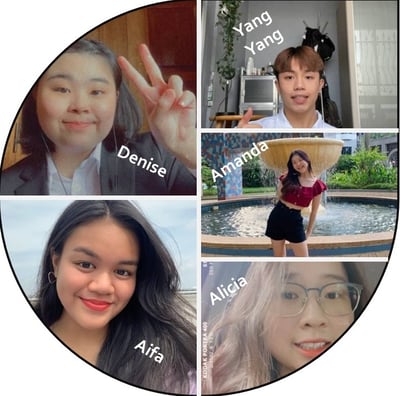 Disclaimer: The views and opinions expressed in this article are those of the authors and do not necessarily reflect those of St. John's Home for Elderly Persons.
St John's Home for Elderly Persons is not a government-subvented Home and depend largely on the public's generosity to enable us to continue our work as a Registered Charity.
Please support our Home by donating generously: https://www.giving.sg/stjohnshomesg

Someone has said that we resis...

My parents and siblings have a...

Physiotherapy is crucial for t...